Last weekend, our team sent a number of athletes along to compete at Race 3 of the 2015/2016 Xcelsports Triathlon series at Moana – which was the final race of the series. The series includes sprint distance format events, and has been growing in popularity – with each race attracting more and more athletes. 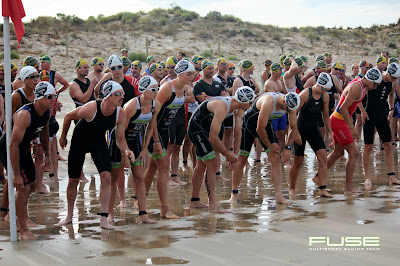 After completing one of my hardest training blocks to date, and a solid week of training including a 100km squad ride and hard swim set the day before, I went into this race with no expectations. Instead, my coach and I had planned to use the race as a learning experience and a platform for some major interstate races later in the year.

Arriving at the race, I was relieved to see pool-like swimming conditions – without the usual chop most competitors have come to expect from Moana. However, with a strong current and wetsuits not allowed, the swim still proved challenging enough. As the swim leg is not my strongest, I was happy to finish the 750m swim in the middle of the pack. I got through transition as quickly as possible to get onto the coastal bike leg – which includes a few tricky hills. 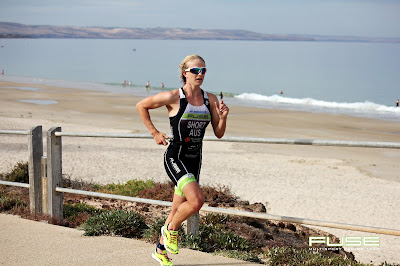 With legs heavy from a week of training, the bike leg was a little frustrating. However, my focus for this leg was not so much on getting to the front of the field as trying to push the pace as much as possible to find where the limit was. The 20km bike leg flew by and I was onto the run leg – my favourite and strongest leg – having no idea where I was placed in the field. The run was difficult, with an uphill effort straight off the bike. However, I felt strong going into the run, and was determined to chase down as many people as possible in my lightweight Brooks T7 Racers racing flats – after chasing most of the field through the swim and bike legs.

Holding a solid pace I managed to pass a number of competitors to finish in 3rd after a 19:07 5km run – which was just a fraction short of a PR on the back of the bike leg and a very challenging week of training. 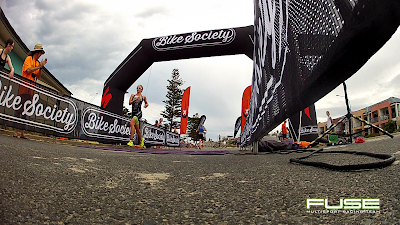 Although I went into the race highly fatigued (and borderline asleep according to my coach!), I was happy with how the race played out and got some race experience that will set me up well for some upcoming Olympic distance races in March and April.

Overall, it was an enjoyable race, made more exciting by a large open field including a number of Fuse athletes, including my team mates Dan Canala, who finished in 2nd in the Open men’s race, and Amber Pate, who finished just ahead of me in the Open women’s race in her first triathlon – which was an amazing result. 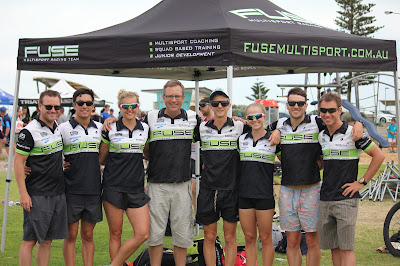 Thanks to our team’s partners that support us with our racing and training – Brooks Australia, Champion System Australia, The Glasshouse, Science in Sport, and Madderns Patent and Trade Mark Attorneys.
Newer Post Older Post Home