In the open AG divisions, Fuse Multisport team-members claimed four top five spots (two in the men and two in the women).  In the men’s event, Michael Roelink and Jason Matulick were promoted to 4th and 5th respectively after two other athletes were disqualified for missing swim markers. Michael, who was making his debut in the open ranks, showed his speed and skill in the swim leg as he exited the water with the leaders before grinding out the bike and run in tough conditions for an excellent result. 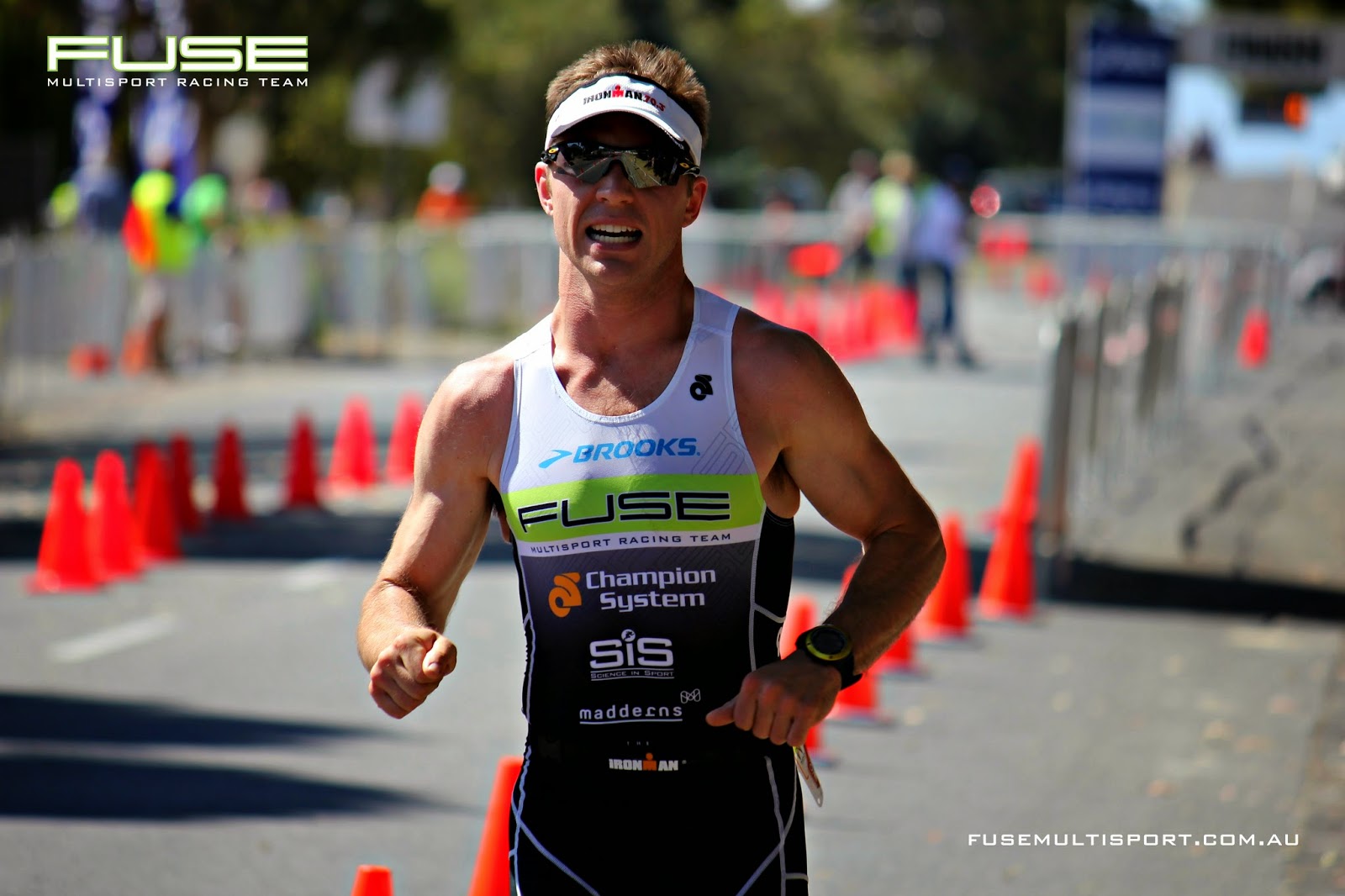 For Jason, it was tough going right from the start as he battled to recover from a stomach bug which meant that he went into the race underdone. He exited the water at the rear of the field and spent the rest of the race playing catch-up. However, he managed to jump a few places on the bike and a couple more on the run to squeeze himself into the prize-money at the end of the day. The squad had connections all over the open male podium with former Fuse Multisport athlete Sam Tebeck finishing 3rd and Dan Canala placing 2nd.


The women’s open race proved to be exciting for Fuse  Multisport as young-gun Maeve Moroney-Plouffe and new athlete Jess Madsen both claimed top five positions. For 15-year-old Maeve (racing only her second triathlon since taking up the sport in April), a 5th place finish was a superb result and a credit to the hard work she and team coach Steve O’Brien had put in over the preceding months. In a hint of things to come, Maeve was out of the swim with the leaders and held her own over the tough 20km bike leg. Although fading slightly over the final 5km run, she coped with the heat well and completed the run leg setting a new 5km PB - a substantial improvement in barely 8-months. 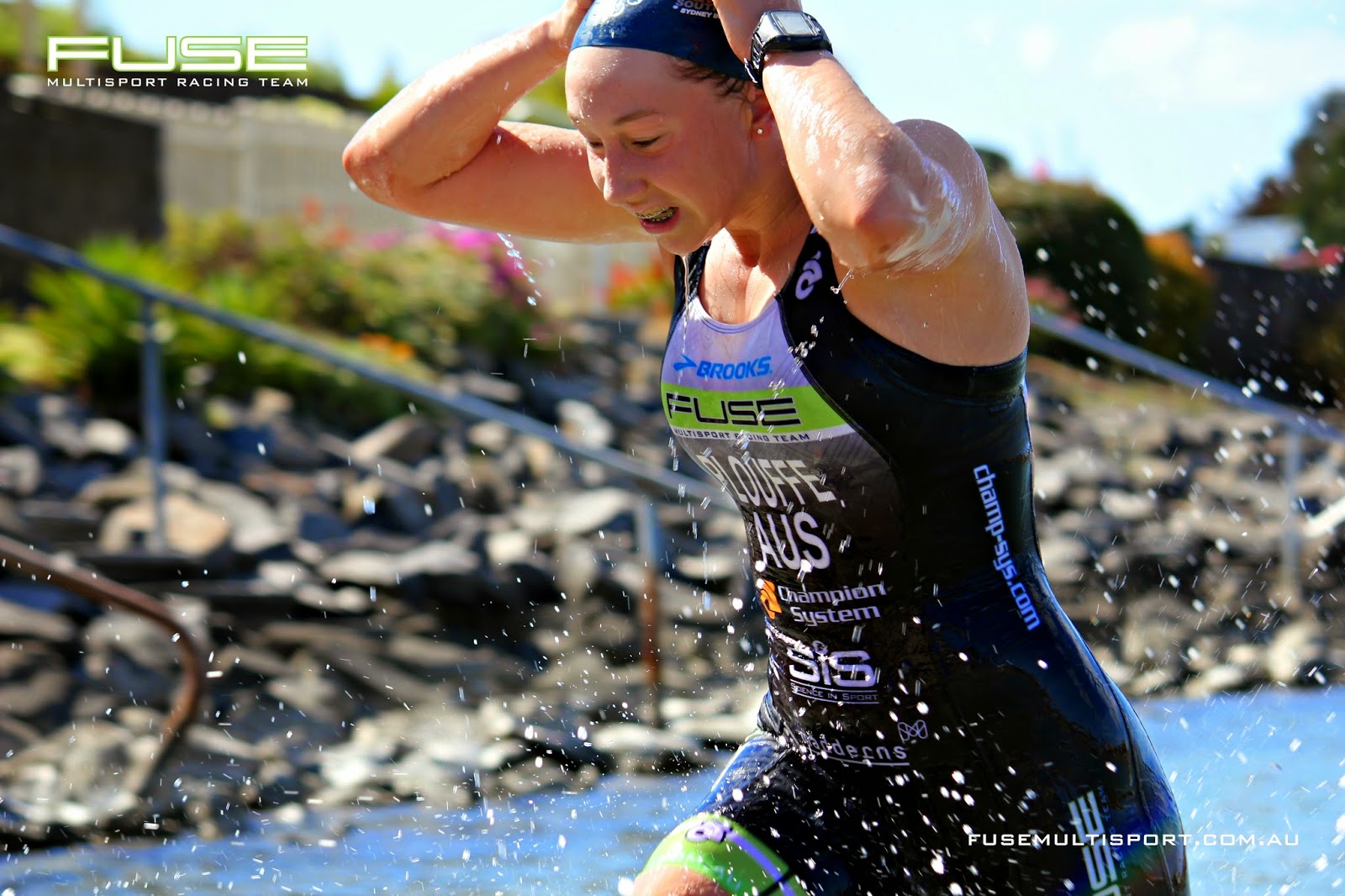 Newbie Jess was a late-entrant to the race but made the trip down south worthwhile claiming 4th place in the open division. It was her first time racing the Victor Course but it didn’t show as she flew through the bike and run to post a solid time. 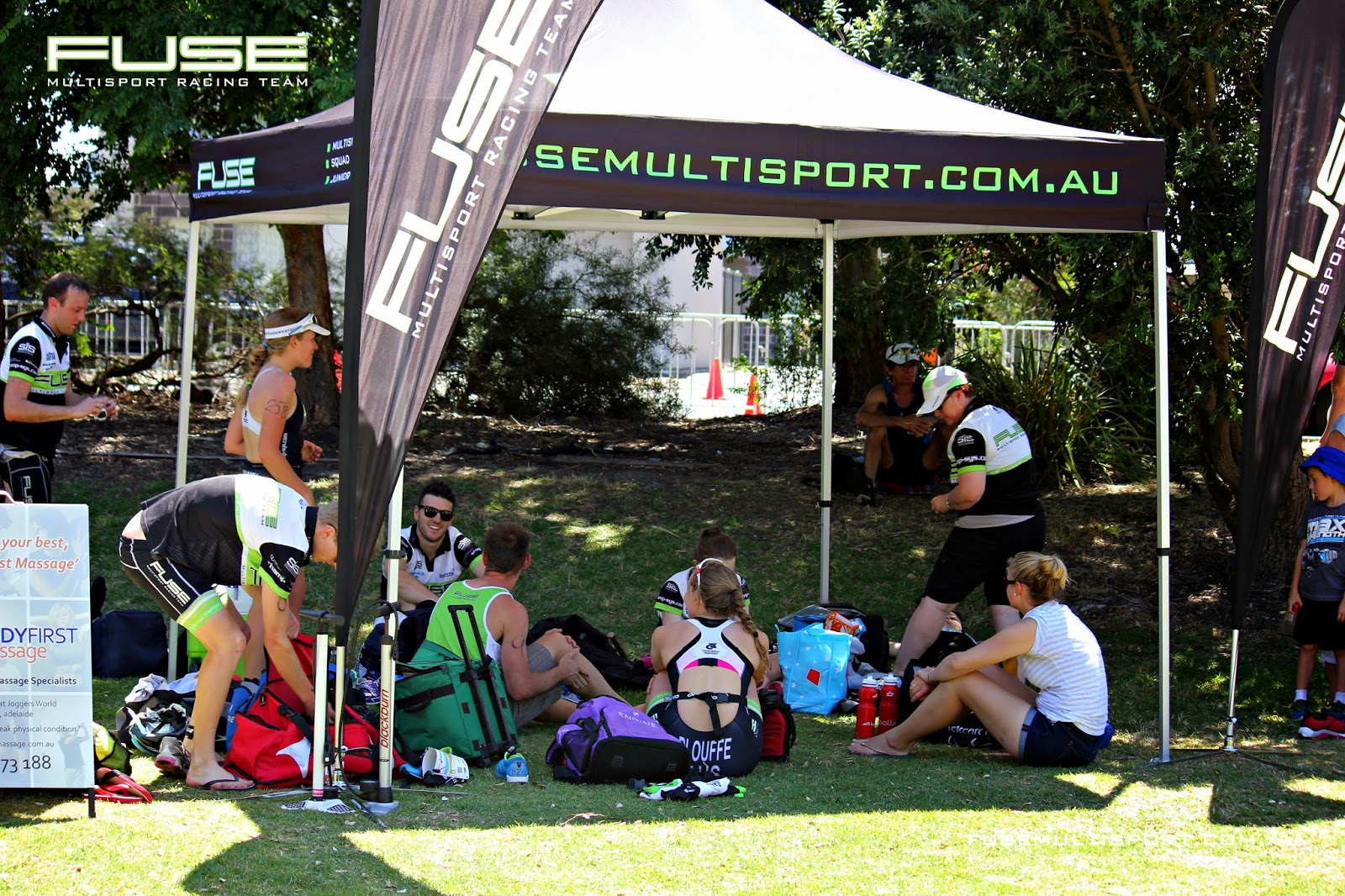 Fuse was also represented well by Robbie Buckley and Matty Galbreath who both returned to age-group racing and put in solid performances. It was also fantastic to see plenty of Fuse supporters enjoying the atmosphere. All supporters and athletes were kept comfortable by the new Fuse marquee which was an imposing presence at the race site. Special mention to Ben ‘Keith’ Tripodi for giving up his usual Sunday morning sleep-in to trek down and provide soigneur duties.

Overall, it was a great day of fast racing with plenty of good results and an exciting insight into the future.
Newer Post Older Post Home