Physical Preparation is Only Part of the Picture

October is the beginning of the triathlon season, which concludes nationally in April 2017. Six months  makes for a long season!

For us, even though the racing season commences in October, our target race window is the January to March 2017 period. This window represents the period in which the National U23 series and additional professional licence qualification events are held. So although racing technically commences this month, we still have another 3 months to prepare for the physical, technical and tactical demands of the races we’ll be hitting in 2017.

One of the challenges as a coach is moving athletes to a long term thinking mind set and cultivating patience. In the scheme of things, even though 3-months sounds like a long preparation period, the performance development timeline we set for emerging triathletes is measured in years, not months. We encourage our emerging athletes to set two to three year objectives, to move away from thinking which is based on short term kilometre and hours related measures, and move to a process and execution based approach geared to all aspects of the demands of competition.

Decision making, mind-set, response to unpredictable/unplanned events, technical skills and other non-physical performance linked attributes are just as important as physical ones, but can be either overlooked or, training-wise, not regarded with the same priority and/or importance as sessions geared towards developing physical attributes.

With bike performance, it is not uncommon to hear an athlete analysing their bike set up and equipment to the nth degree to identify a gambit of weight savings measured in grams, or equipment improvements which will deliver aerodynamic savings. Often, a financial investment in these equipment related factors is prioritised over a time investment in sharpening technical skills and
decision making practice. However, good, or bad, execution of a technical skill and/or a decision making opportunity can lead to performance outcomes which can potentially swamp or cancel equipment linked measures - depending on the execution. 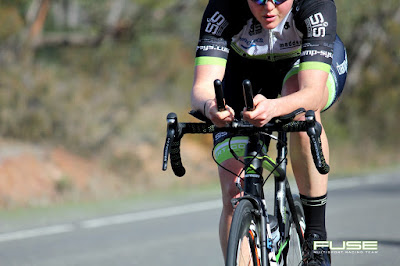 Incorporating training sessions which are geared towards skill development, or which provide an opportunity for an athlete to rehearse or improve mental skills, are part of the mix of sets which contribute to an athlete’s overall performance. With training for triathlon, the overriding principle is to prepare an athlete for all of the demands of competition, not just ones that can be measured in kilometres, elevation, or hours. For a high performance approach, this means defining, understanding and preparing for the full scope of demands of a particular race.

Those demands include technical and mental skills, ie. more than just physical demands.

In terms of bike performance development for triathlon, technical skill demands include descending skills, time trial pacing skills, high speed cornering skills, positioning, responding to gusts and lulls, attacking and drafting - with the emphasis being given to the skills which align with the demands of a particular course or race format (eg. non-drafting or draft legal). But, even the ability to fix a dropped chain is a skill.

It’s never too late to make the time investment required to sharpen technical and mental skills with the objective being to be expert at the execution of the full range of skills and decision making demands of your next race.